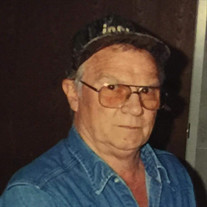 Wayne Jackson, age 77, of Hueytown, Al, went home to be with the Lord on March 5, 2020.  He retired from US Steel with 38 years.  He was an Alabama Football Fan, and enjoyed fishing and sitting out on his porch listening to the birds, and watching... View Obituary & Service Information

The family of WAYNE JACKSON created this Life Tributes page to make it easy to share your memories.

Send flowers to the JACKSON family.