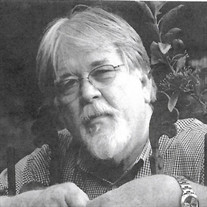 ASHMORE, Louis Bradford, Jr. (Brad), 76, the only son of Louis Bradford Ashmore, Sr. and Beulah McLaughlin Ashmore, was born in Memphis, Tennessee March 6, 1944, and passed away at home from the complications of a fall, on Friday, August 28, 2020.    Brad was a graduate of Murphy High School in Mobile Alabama; attended Mississippi Southern College; and graduated from Auburn University in 1970 where he was a member of Kappa Sigma fraternity.  Much of Brad’s career was spent with newspapers in Alabama, Georgia, and Mississippi.  During his career with The Opelika- Auburn News, Brad spent many Saturdays photographing Auburn football.  One of the most memorable events of that time was a trip to New York to take the pictures of Pat Sullivan receiving the Heisman Trophy.  As the President of the Auburn Chamber of Commerce, Brad spearheaded a campaign to raise the money to purchase the first emergency vehicle in Lee County - “Two, Three, Roger.”     After retiring from his newspaper career, Brad was the owner of Southern Firearms Appraisals in Homewood, AL.   For the past four years “Peggy’s Angels” and the staff of Nurse on Call have provided support and caregiving.  Special thanks go to Peggy Warren and Lori Patterson who quarantined with Brad for the past six months.    Brad leaves behind his life partner of 40 years Gladys Ann “Pete” Partin and a huge circle of friends who will gather sometime in the future to share their favorite “Brad stories” and celebrate a life well lived.   There will be a Celebration of Life, Sunday, November 1, 2020, at 2:00 PM, at Ash Neighborhood Restaurant, 705 Oak Grove Road, Homewood, AL.

ASHMORE, Louis Bradford, Jr. (Brad), 76, the only son of Louis Bradford Ashmore, Sr. and Beulah McLaughlin Ashmore, was born in Memphis, Tennessee March 6, 1944, and passed away at home from the complications of a fall, on Friday, August 28,... View Obituary & Service Information

The family of LOUIS BRADFORD ASHMORE JR. created this Life Tributes page to make it easy to share your memories.

Send flowers to the ASHMORE family.