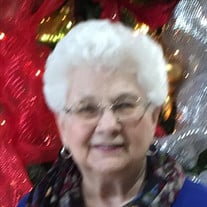 Judith Lynn Sciacca Stokes of Cleveland, Tennessee, formerly of Birmingham, Alabama and New Orleans, Louisiana, passed away on March 15, 2021. She devoted her life to her Lord and Savior Jesus Christ and her beloved family. She is preceded in death by her husband, Dr Reginal Stokes and son Rev. Mark Stokes. Also preceding her death are her parents, Henrietta Rohner Sciacca and Salvatore Alberto Sciacca, and her sister Geraline Sciacca Osborne. She leaves behind three children, including her daughters, Marcia Stokes Clement of Cleveland, Tennessee, and Mary Elizabeth Stokes Brillon of Houston, Texas; her son Timothy W. Stokes of Nashville, Tennessee, as well as Daughter-in-Law Nancy Morris Stokes of Prattville, Alabama. Judy’s legacy lives on in her eight grand-children including Matthew Ryan Stokes, Maria Stokes Murray, Martin Andrew Stokes, Manson Taylor Clement, Joseph Samuel Brillon, Jacob Andrew Brillon, Jonathon Patrick Stokes, and Morgan Stokes Nick. Survivors also include nine great-grandchildren as well as numerous nieces and nephews Judy was born in New Orleans, Louisiana on October 17, 1935, and spoke many times of the wonderful childhood she experienced. She loved to tell stories of learning to skate in the grocery store her family owned, the fresh fish they sold every Friday, and safely walking around the city to music lessons and the theatre. She met Reginal as a teenager and they married in 1951. During their marriage and ministry of 57 years, Judy became the consummate pastor’s wife. She also raised her family while finishing her undergraduate and graduate degrees, and taught school full-time for 25 years. She was so deeply loved by family and friends, and will be greatly missed by all who knew her. The family would like to express sincere thanks to Chattanooga Hospice for their excellent care and compassion, the staff at Bradley Health Care for their wonderful care and attention, and the staff of The Harbor at Legacy Village in Cleveland who loved and cared for her so beautifully. In lieu of flowers, the family request memorials be made to your local Alzheimer’s Association. Arrangements will be made by Ralph Buckner Funeral Home and People’s Chapel Funeral Home in Hueytown, Alabama. Visitation will be from 5:00pm to 7:00pm on March 26, at Peoples Chapel, and a private burial will be held on March 27, 2021, at Elmwood Cemetery.

Judith Lynn Sciacca Stokes of Cleveland, Tennessee, formerly of Birmingham, Alabama and New Orleans, Louisiana, passed away on March 15, 2021. She devoted her life to her Lord and Savior Jesus Christ and her beloved family. She is preceded... View Obituary & Service Information

The family of JUDITH LYNN SCIACCA STOKES created this Life Tributes page to make it easy to share your memories.

Send flowers to the STOKES family.