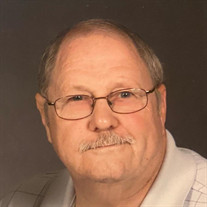 Jerry Wayne Crowder Sr, 75 of Mt Olive passed away peacefully on January 29, 2021 as a result of Covid 19. He was born October 12, 1945. He retired from the Birmingham Fire Department in 1993 after serving 26 years. He is preceded in death by his parents, Thomas and Louise Crowder and his wife Charlotte Martin Crowder. Jerry was a member of Enon Baptist Church in Morris Alabama. He is survived by his wife of 14 years, Ethel K Crowder, his daughters Lisa (David) McDonald and Carla (Brian) Donaldson and son, Jerry “Bo” (Marty) Crowder. Brother, Thomas (Carol) Crowder and Sister, JoAnn (Don) Shore. Bonus children: John “Trey” (Brandi) Green, Leann (Matthew) Turner, Anna (Charles) Read and Melissa (William) O’Brien, 11 Grandchildren and 13 Great Grandchildren and a host of nieces and nephews. Jerry “PawPaw” was a great storyteller. He loved to tell his family about his life growing up in Hopewell and the Bessemer area. While working at the fire department, he worked most of this tenure at Station 18 in Pratt City. He would come home from his shift and tell us all about the runs he had made the night before. He loved his job and his firefighter family, as they were together just as much as they were with their families. He was the Chef for the shift and was an outstanding cook, making everything from scratch. There are many recipe cards in his handwriting, because he was always looking for some new dish to try. He is most famous for his homemade chicken and dumplings. Jerry and his family had a little cabin at Reeds Ferry Camp on the Warrior River in Quinton. They would go every weekend and make memories to last a lifetime. Jerry enjoyed swimming, fishing and running trot lines. The family would enjoy long pontoon rides down the Warrior River. Jerry would join the kids in riding the innertube behind the boat, he was a big kid at heart. Other family and friends came to join them at Reeds Ferry so there were always a lot of fellowship to be had. Everyone enjoyed cooking big meals and barbequing on the 4th of July and other holidays. Jerry was a talented wood craftsman; he could build anything. He had a big workshop for many years where he built his older granddaughters pink playhouses, wooden swings, child size picnic tables and homemade Lincoln logs. He once made the family dog a log cabin doghouse. Every project was carefully crafted with the tiniest detail, so they were perfect and for years of enjoyment. Jerry adored his grandchildren, and he was always looking to make them something unusual or fun to play with. Jerry and Ethel enjoyed traveling and taking long drives together. Their most favorite trip was a cruise and land trip to Alaska. They enjoyed 14 years together spending time with their family and their fur baby Dixie, their tiny Maltese. Their wedding was special, they were surrounded by their families and friends. Ethel surprised Jerry by singing to him at the altar the song that captured their love for each other after losing their beloved spouses, “God Bless the Broken Road”, with the perfect line that described their love “God bless the broken road that led me straight to you”. The family will celebrate Jerry’s life with a visitation at Peoples Funeral Home in Hueytown, Alabama on Wednesday, February 3, 2021 from 9:30 to 10:30. There will be a graveside service at 11:00 at Valhalla Cemetery in Midfield, Alabama. Brother Ed Cruse officiating, Pastor of Fairfield Highlands Baptist Church.

Jerry Wayne Crowder Sr, 75 of Mt Olive passed away peacefully on January 29, 2021 as a result of Covid 19. He was born October 12, 1945. He retired from the Birmingham Fire Department in 1993 after serving 26 years. He is preceded in death... View Obituary & Service Information

The family of JERRY WAYNE CROWDER SR. created this Life Tributes page to make it easy to share your memories.

Send flowers to the CROWDER family.