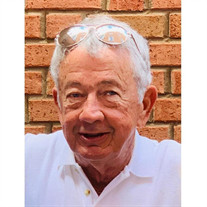 Racing Legend, Francis "Frank" William Grill, was born on April 25, 1942 in Birmingham, Alabama and passed away on September 27, 2020. Frank grew up in West End and attended Blessed Sacrament Catholic School where he was an alter boy. Frank's love for racing started early in life, building and racing soap box cars with his brothers and using parts they would find or barter. Frank later attended High School at West End. Once out of school and off the boat after serving his country in the Coast Guard, Frank went to work at Millbrook Bread company in Birmingham, Alabama and it was there that he met the love of his life Eva Justice. They were married one year later on August 31, 1968. With Eva in tow and two young children they would spend many a night at Birmingham International Raceway. Frank's love of racing continued to grow and One day he decided to turn his dream into a reality and with the help and encouragement of many friends but most importantly his wife, Eva Grill, Neil Bonnett Race Cars was formed. Eventually the name was changed to Grand American Race Cars but Frank's work and dedication remained the same. Frank turned his hobby into a lifelong, successful career and although there were many days and nights filled with long hours it never felt like a job to him. It was his life and he breathed it. Despite his tough exterior, those of us that were close enough to know him, knew what mattered most, his family, his children and his grandchildren. Frankie Grill crossed the finish line....and he ran one hell of a race. Frank is preceded in death by his wife of fifty years, Eva Justice Grill, his parents John George Grill and Luannna Josephine Tyre and brothers Augie and Johnny Grill. Frank is lovingly remembered by his brother James "Jimmy" Grill (Barbara), daughter Frances Renea Giles (Clay), son August "Augie" Andrew Grill (Courtney) and six grandchildren, Jacob, Reagan, Owen, Eva, Nayson and Josie. The visitation will be from 4:00 PM until 7:00 PM, Thursday, October 1, 2020, at Peoples Chapel Funeral Home, Hueytown, AL. The funeral service will be at 2:00 PM, Friday, October 2, 2020, at Blue Lake Baptist Church, Chipley Florida.

Racing Legend, Francis "Frank" William Grill, was born on April 25, 1942 in Birmingham, Alabama and passed away on September 27, 2020. Frank grew up in West End and attended Blessed Sacrament Catholic School where he was an alter boy. Frank's... View Obituary & Service Information

The family of FRANCIS "FRANKIE" WILLIAM GRILL created this Life Tributes page to make it easy to share your memories.

Send flowers to the GRILL family.