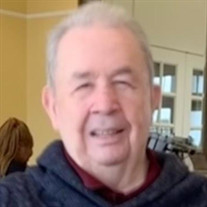 Don Ray Jefferson, 86 Born June 29, 1935 in Beltona (Jefferson County), Alabama Passed December 4, 2021 in Tuscaloosa, Alabama He resided at Rock Mountain Lakes, in McCalla, Alabama since 1977 When asked about Don Jefferson, his friends would tell you he was the most generous and giving man you could know. He treasured his family—immediate and extended—and he cared deeply for his friends. Coming from a rural Alabama and a modest family, he became a world traveler, accomplished pilot, golf enthusiast, and the University of Alabama Crimson Tide’s biggest fan! Raised within a strong Christian family, he renewed his relationship with our Lord in 1983. Born in Beltona, Alabama, his parents were a third-generation coal miner father and homemaker mother. He enjoyed a lively childhood with his six siblings. Later, the family moved to Cane Creek where he attended Cane Creek School, a small two-room school that has since been moved to Tannehill State Park and restored as a historic landmark. Later, his family moved to Pratt City, Alabama when his father obtained a job as a supervisor at a nearby mine. He grew up and attended Phillips High School and at age 17, he joined the United States Air Force. He earned his GED, began taking college courses and obtained an associate’s degree in electronics. During his Air Force career, he attended Baylor University and the University of Maryland working toward his bachelor’s degree. He served during the Korean and Vietnam wars. His duty stations included Alabama, Texas, Hawaii, Florida, Georgia, Thailand, Vietnam, Philippines, Cambodia, Guam, back to Texas, Greece, Georgia, and Japan. He retired from the U.S. Air Force after 25 years of service in McCalla, Alabama in 1978. He worked as a senior engineer at Formation Corporation, then as the site manager and supervising engineer for Storage Tech Corp at the Bell System Data Center in Riverchase. He retired permanently in 1989. Don was preceded in passing by his parents, William Thomas and Rosa Ella (Taylor) Jefferson, five of his siblings: Isabell Tombrello, Cecil W. Jefferson, Bill L. Jefferson, C. Bobbie Jefferson, G. Neil Jefferson, and his son-in-law William Brumley. He is survived by Katherine Jefferson, his wife of 67 years, his younger brother Horace T. Jefferson; children: Karen Denise Brumley, Debra Kay Miller (and husband Michael), and John David Jefferson (and wife Rebecca); grandchildren: Jefferey and Matthew Brumley, Jeremiah, Timothy, and Benjamin Miller; Jessica Jefferson; and great-grandchildren: David, Sean, Tyler, and John Brumley; Chanel and Enzo Ray Miller, and Michael Miller. The visitation will from 9:30 AM until 10:00 AM, Wednesday, December 8, 2021, at Peoples Chapel Funeral Home. The funeral service will be at 10:30 AM, at the Funeral Home. Burial will follow at 12:30 PM at Alabama National Cemetery, 3133 Highway 119, Montevallo, AL, 35115. In lieu of flowers, the family requests that contributions be made to Gary Sinise Foundation Avalon Network Make a Donation | Gary Sinise Foundation in honor of those who serve.

The family of DON RAY JEFFERSON created this Life Tributes page to make it easy to share your memories.

Send flowers to the JEFFERSON family.