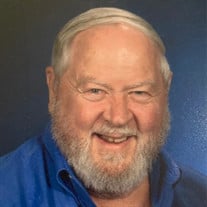 Charles David Horton, age 79, of Hueytown, AL, passed away on October 22, 2019.  C.D., Charlie, Chuckie or Bill as he was known by his family and friends at varying times was a loving husband, father, grandfather and brother.  C.D. graduated from Bessemer High School at the age of 16 and joined the United State Marine Corps at 17 years of age.  He enlisted in the United States Marine Corps in 1957 on his 17th birthday and served tours of duty in Japan, Cuba, and North Carolina. After he was honorably discharged in 1964, he served the Jefferson County Sheriff’s Department for 41 years. He began his career as a Sheriff’s Deputy on the Patrol Division. After receiving an Associate Degree in Law Enforcement from Jefferson State Community College, he was promoted to Sheriff’s Sergeant on the Patrol Division. While in this position, he received a Bachelor of Science in Criminal Justice from Samford University and graduated in the 112th Session of the FBI National Academy. He then went on to work in numerous positions throughout the Sheriff’s department including Commander of the SWAT Team, Lieutenant, West Division Commander, Captain, and eventually being promoted to Assistant Sheriff before retiring. Throughout his career he was a part of several professional associations including the FBI National Academy Associates, the Fraternal Order of Police, and the National Sheriff’s Association. During his lifetime he loved going to NASCAR races at Talladega and Daytona and spending time with his best friend Jim McCarty.  They spent a lot of time together in the Marines and stayed best friends throughout their life.   After retiring in 2007, he enjoyed spending time with his large family and friends and baking cakes, cookies, and fudge for everyone he knew and even people he did not know.  He loved to share his talent for baking and everyone who had the pleasure of eating one would never forget how amazing it was.   He is preceded in death by his parents Neumon and Minnie Parker Horton and his brothers Jerald Horton and Larry Horton. He is survived by his wife Helen Aldrich Horton who he had been married to for 56 years; daughter Jerri Keefer (Herb); grandson Dalton Keefer; granddaughter Taylor Claussen (Matthew); son Glenn (Gina); granddaughters Madeline, Gabrielle, and Lydia Horton; sisters Helen Reeves, Brenda Gill, and Linda Mendel; brother Gary Horton (Barbara); and numerous nieces and nephews. The visitation will be Saturday October 26, 2019 from 9:30 to 11:00 at Peoples Chapel Funeral Home in Hueytown.  The funeral service will be at 11:00 AM at the Funeral Home.  Burial will follow at Highland Memorial Garden.

Charles David Horton, age 79, of Hueytown, AL, passed away on October 22, 2019.  C.D., Charlie, Chuckie or Bill as he was known by his family and friends at varying times was a loving husband, father, grandfather and brother.  C.D. graduated... View Obituary & Service Information

The family of CHARLES DAVID HORTON created this Life Tributes page to make it easy to share your memories.

Charles David Horton, age 79, of Hueytown, AL, passed away on...

Send flowers to the HORTON family.