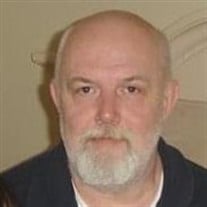 Charles “Charlie” Monroe Sessions Jr., 63, of Pleasant Grove, AL, formally of Fairfield Highlands, left this world and went into the arms on his Savior, Jesus Christ, on August 1st, 2021. He was the son of the late Charles Monroe and Edith (Jeffcoat) Sessions and was born November 21st, 1957, in Birmingham, AL. He is survived by his children Min Hui Sessions of Birmingham; Susan Sessions Page and her husband Sean of Pike Road; and Charles “Chuck” Monroe Sessions III of Birmingham; his grandchildren Macauley “Mac” and Hadlee Page; two sisters Linda Sessions Karch and her husband Jon of Pleasant Grove, AL; and Carol Sessions Hyde Lynch and her husband Russell of Hoover, AL; his loving cats Lola and Lexa, and a host of nieces, nephews, and cousins. Charlie was a proud veteran of the United States Air Force where he served as a Fuel Supervisor and achieved the rank of Tech Sergeant. He met his wife Sun Cha while in the Air Force and together they loved and raised 3 children Min, Susan, and Chuck. After his service in the Air Force, Charlie spent over 25 years as a manager in the grocery business, working for Brunos, Piggly Wiggly, Western, and also Hill’s Grocery in Pleasant Grove. He loved his cats Sigma, Stumpy, Lola, and Lexa, and enjoyed talking about them almost as much as he did his children. In his free time, Charlie was a voracious reader and also liked to listen to talk radio. Charlie was a member of Brooklane Baptist Church in Hueytown, AL. He is preceded in death by his wife, Sun Cha Yi Sessions; one sister, Judy Sessions Whaley; and 2 brothers in law, David Whaley and Edward C. Hyde. He courageously fought cancer on 4 separate occasions. It never defeated him. His body succumbed, but he proved victorious as he is now reunited with his beloved wife in Eternity. Death is not the end. The family will receive friends from 5:00 PM until 7:00 PM, on August 5, 2021 at Peoples Chapel Funeral Home, in Hueytown, AL. The graveside committal service, with Military Honors, at Wingard Cemetery in Goshen, Pike County, AL., will be Friday, August 6, 2021, at 11:00 AM, with Rev. Fritz Harter officiating. Arrangements entrusted to Peoples Chapel Funeral Home-Hueytown, AL.

Charles &#8220;Charlie&#8221; Monroe Sessions Jr., 63, of Pleasant Grove, AL, formally of Fairfield Highlands, left this world and went into the arms on his Savior, Jesus Christ, on August 1st, 2021. He was the son of the late Charles Monroe... View Obituary & Service Information

The family of CHARLES "CHARLIE" MONROE SESSIONS JR. created this Life Tributes page to make it easy to share your memories.

Send flowers to the SESSIONS family.